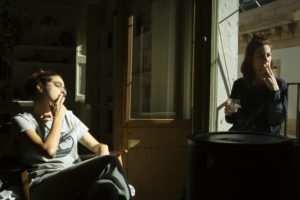 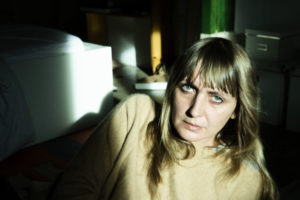 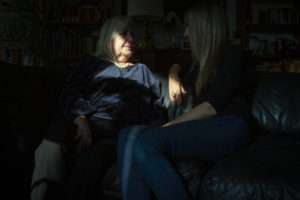 When I realized that I wouldn’t be able to talk to him ever again, I was attending a self-portrait workshop run by the photographer Cristina Nuñez.

Pushed by curiosity about her method more than by a real will to work on myself, I decided to participate. I wanted to compare her teaching practice with mine, being a photography teacher myself to eventually learn something new for my students’ sake. It turned out that I really enjoyed being a student again.

After two years working as a self-portrait teacher I had forgotten how it felt to be on the other side and to be asked to talk about myself, even though it’s exactly what I ask my students all the time, so it was kind of shocking at the beginning.

My first reaction was: of course, I do it every day, do I need to prove anything?

Nuñez considers herself a social activist and she believes in a practice which is basically the opposite of how we are provoked to act by using social media. Instead of being preoccupied with how other see us, she says: never try to pretend to be “cool”, and then further: never even try to pretend to be “normal”. Clearly, I agree with it: “normal people don’t exist” quoting Spanish director Isabel Coixet.

I have to admit that it was especially difficult for me to clearly show my face in my pictures. I have always practiced self-portrait in a different way, using my body just as a tool to express something, the same way I use words to explain a concept. I was never interested in showing my “real” self in a photo.

Nothing new to be honest: in the history of female self-portrait practice, women often had the tendency to show their bodies freely but to hide their faces as something to be ashamed of. Almost like that the act of (finally) uncovering the body led to a feeling of liberation, while showing the face would permanently unmask the one who was doing it.

Also, my self-portraits were mostly created for personal and private bodies of works, and suddenly I was completely exposed to an “audience”.

It is known that it could be particularly easy to open oneself in front of a perfect stranger, but when one starts to think that his/her weird neighbour or the bully girl from high school might be among viewers, everything starts to be awkward.

Nuñez’s perspective about art was really challenging for my work during the workshop: according to her, art should not be uncomfortable only for the artist but for the viewer as well. The starting point of my practice used to be exactly the opposite: I wanted my students to feel absolutely comfortable, I wanted to be perceived as a pleasant and trustworthy person as I wanted to create safe environment. Not only related to my work, making other feel uncomfortable would be against the way I was educated and socialised. Suddenly I was asked to tell something uncomfortable and to say it loud while showing my face.

As a consequence of this request I decided to surf on the border between the comfortable and the uncomfortable, between my obsession for aesthetic and the need of a rawer truth.

I finally decided to focus my project on my psycho-therapist´s death, compiling a resume of what I have learnt from him about life and about myself.

I accepted to make public some uncomfortable stuff and some “raw” self-portraits, but I didn’t completely get rid off my need for control.

It was a great, difficult experience that left me open questions.

Do I completely agree with Cristina? Should art always be uncomfortable?

I will try to find an answer while working on the video that I started during the workshop, which title is “My psychotherapist is dead” which I’m hoping to be able to publish soon. 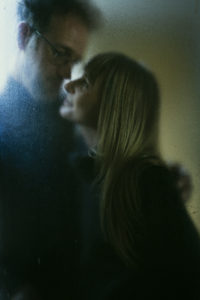 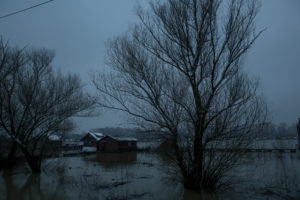 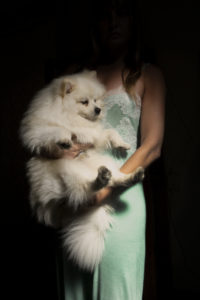