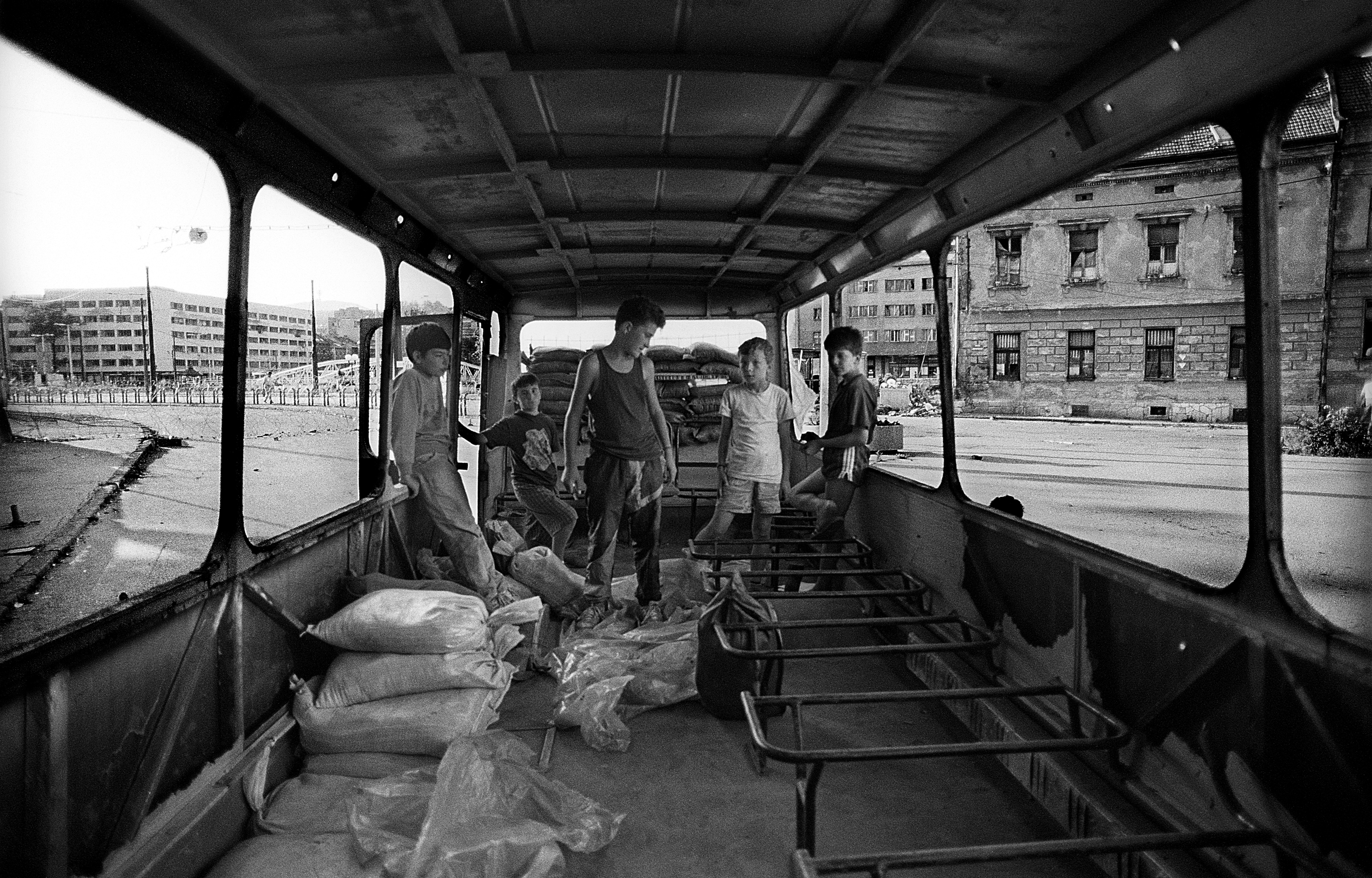 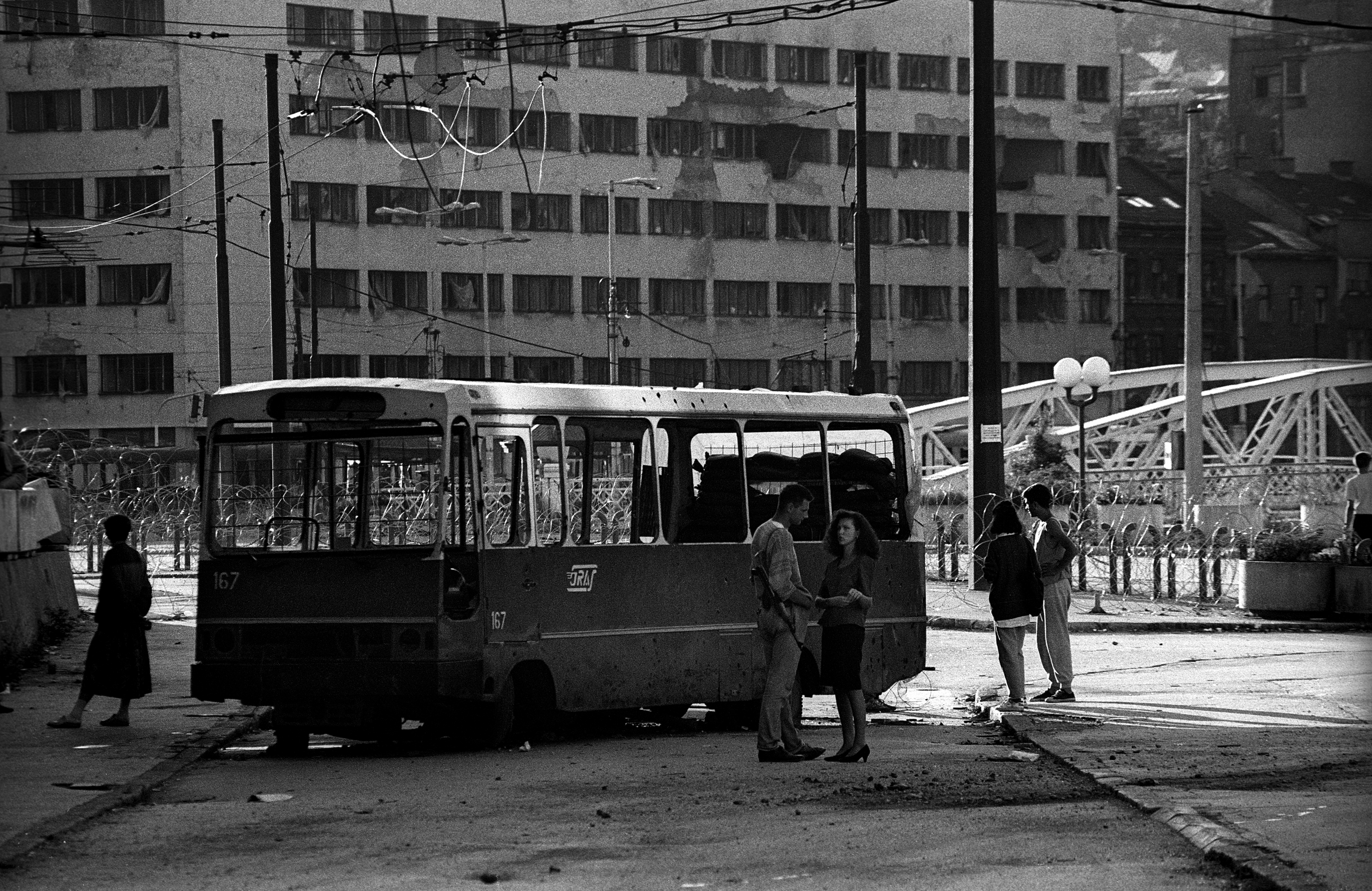 Sarajevo (Bosnia-Herzegovina) - August 1993 A couple chatting next to a destroyed bus near the front line with grbavica, in the centre of Sarajevo 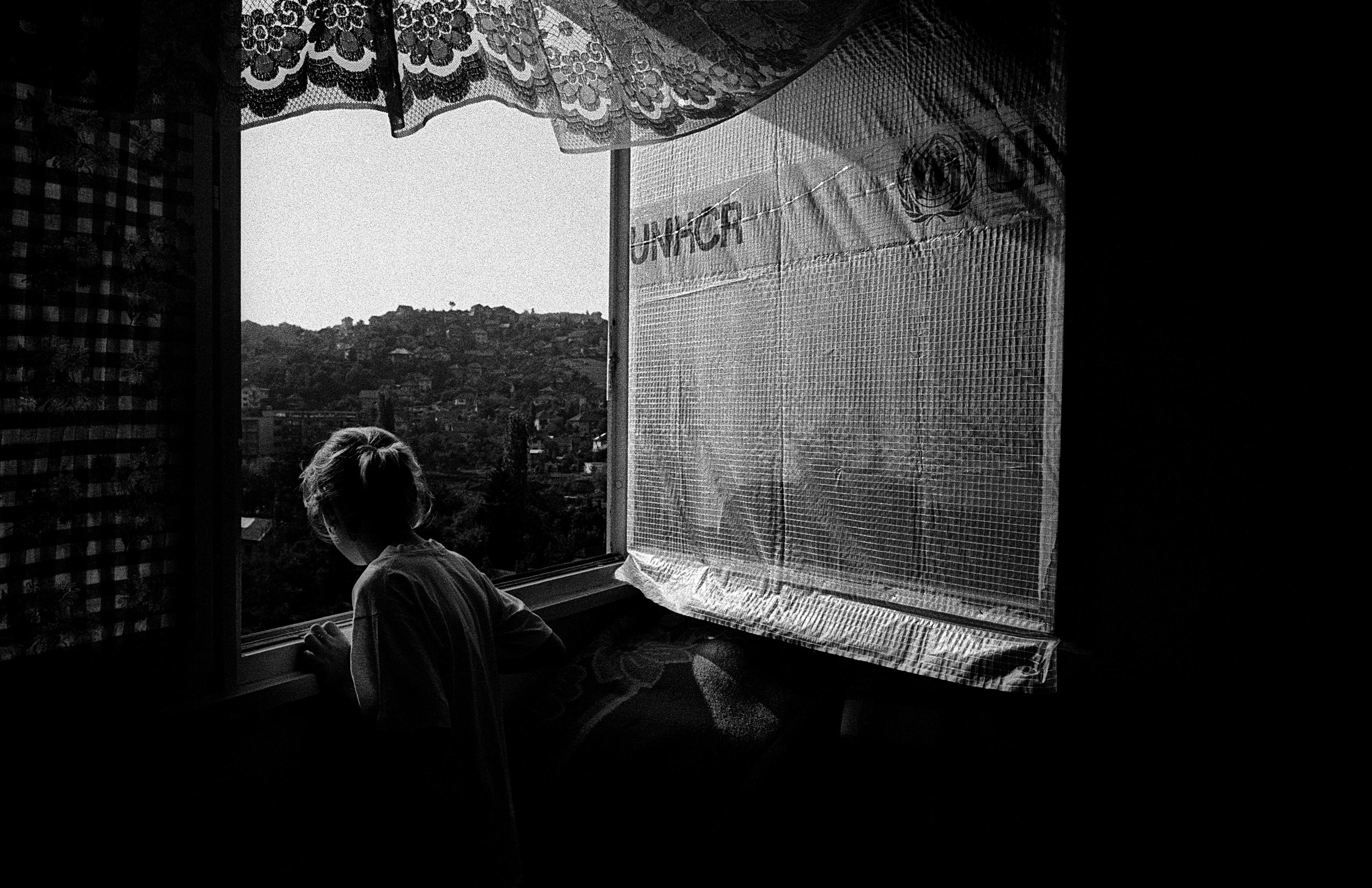 Sarajevo (Bosnia-Herzegovina) - july 1995 A young girl looks outside the window.

The Sniper Alley project aims to create a photographic archive from besieged wartime Sarajevo, to enable Bosnians to find images of relatives and friends from the period and help its founder find pictures of his brother who was killed.

Massimo Sciacca took part to this project with a series of pictures from his long term coverage of the Yugoslav Wars.

Dzemil Hodzic launched the Sniper Alley site in an attempt to collect and save all the wartime photographs he could find from Sarajevo in one place, establishing a database that will be easily accessible to anyone who wants to find images from the years when the Bosnian capital was under siege in the 1990s.

“As you might notice, there are lot of groups on social media, Facebook or Instagram that post that type of material that should be archived, because if someone decides to shut down that page, they will no longer exist,” Hodzic, who now lives in Qatar, told BIRN.

Many of these online groups are the only source for Bosnians to find photos of their family members or themselves from the siege period, which began in April 1992 and lasted for more than three years – the longest siege of a European city in contemporary history. 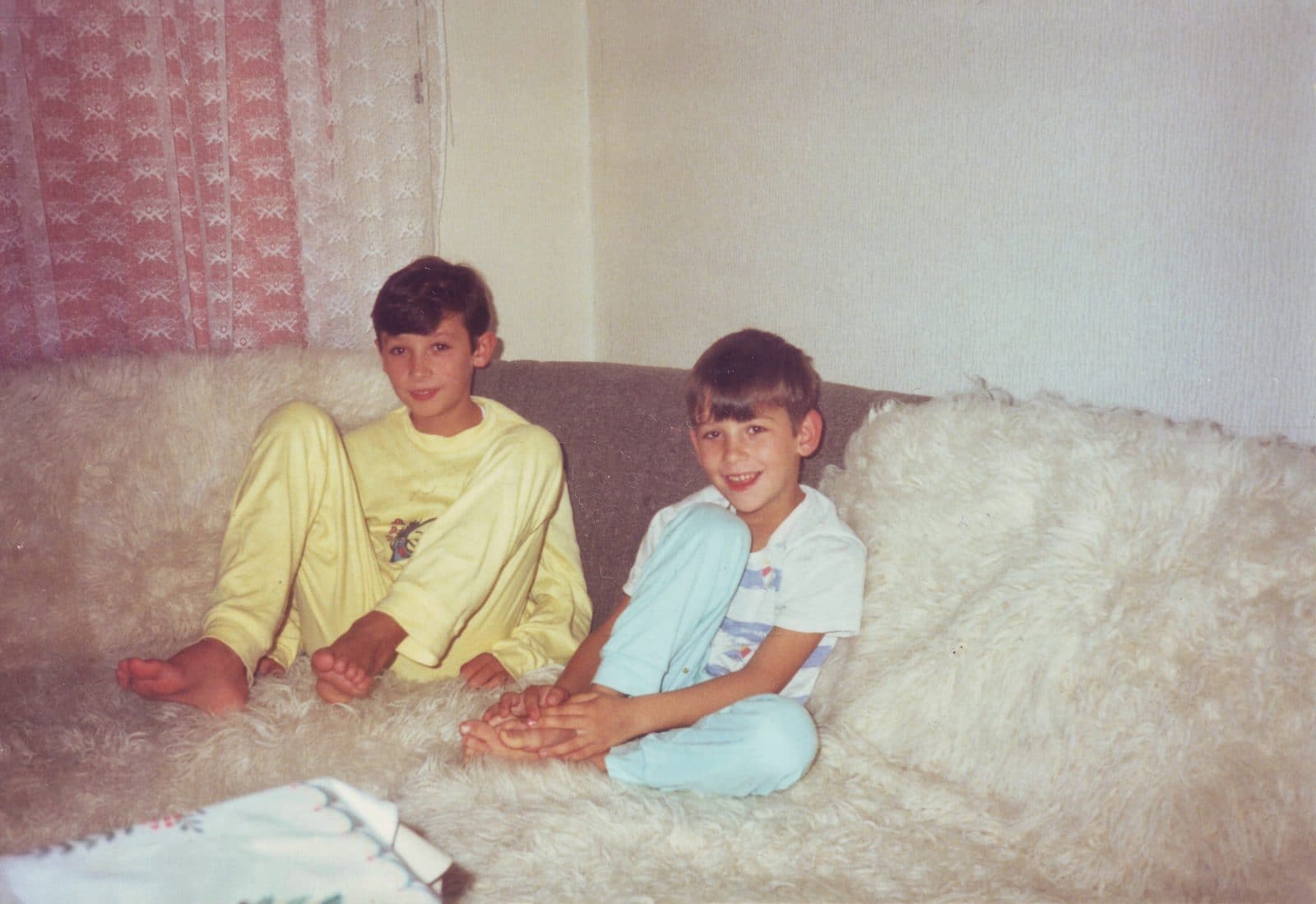 Sniper Alley founder Dzemil Hodzic (right) and his older brother Amel, who was killed in May 1995. Photo: Sniper Alley/private archive. 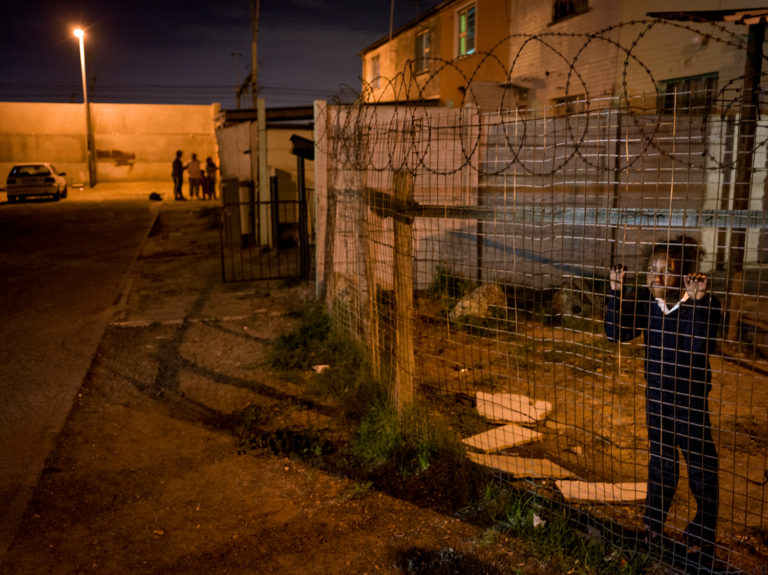 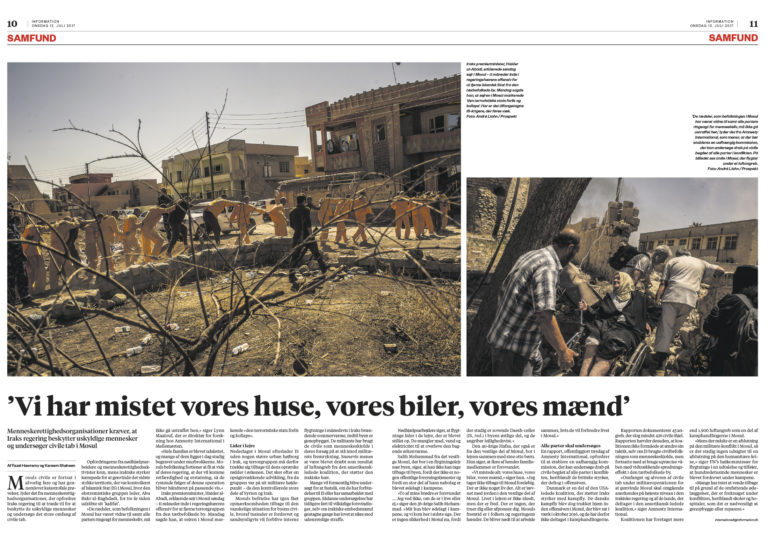 “The Last Battles in Mosul” by André Liohn on Information 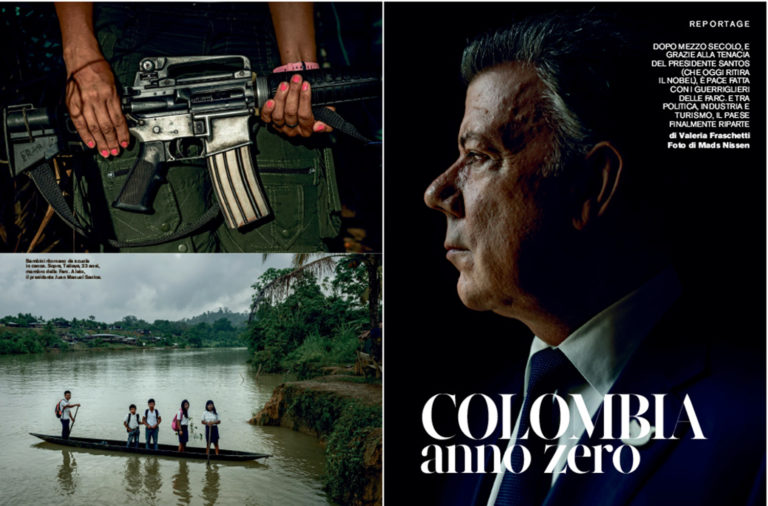 “Hope Over Fear” by Mads Nissen on D La Repubblica