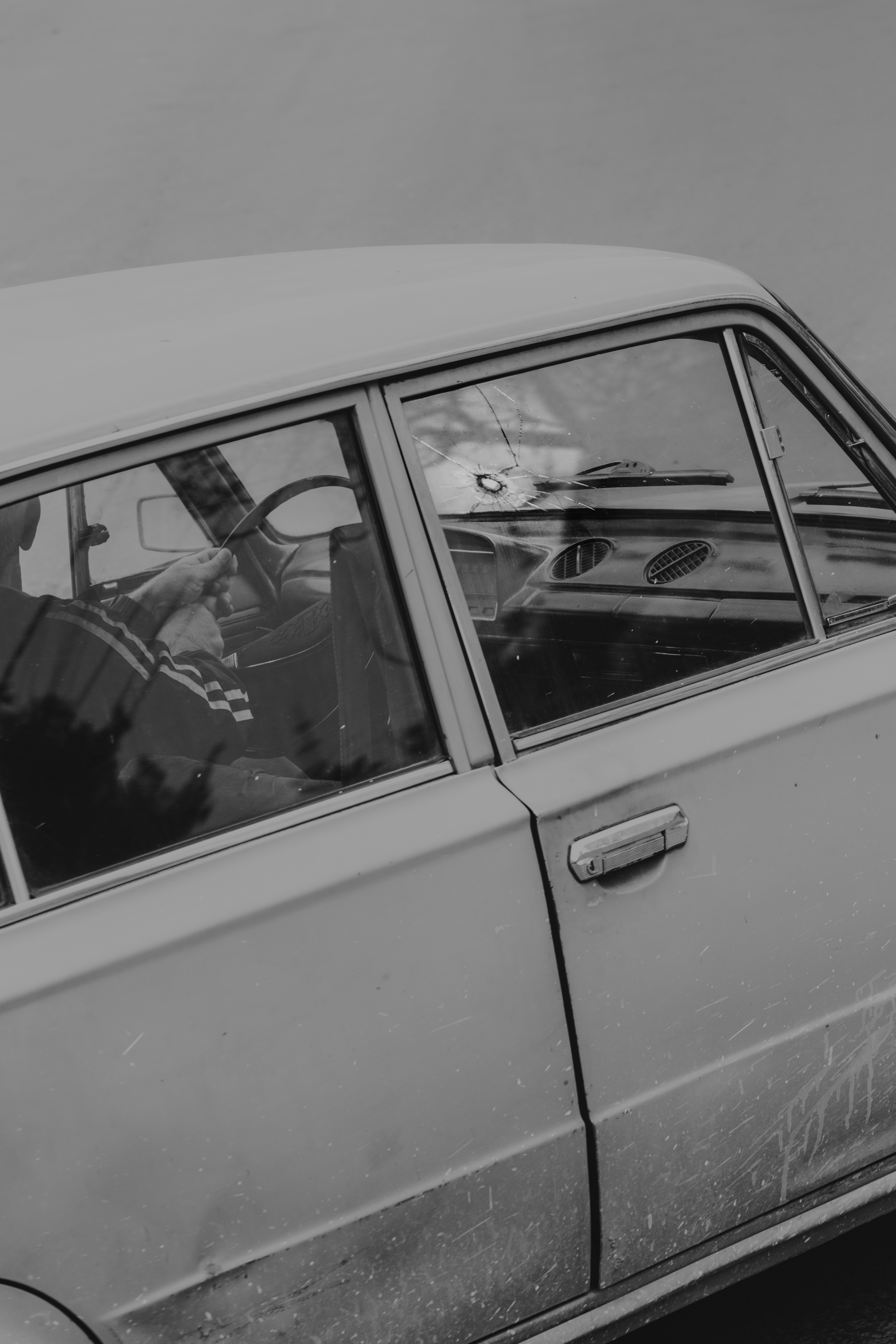 It happens sometimes that you take a photograph because something has caught your attention and then, when you see the picture you’ve taken, you discover details that were invisible or maybe just too small to be seen while time was flowing and the world was moving. A new reality emerges, things that were invisible, now are tangible. It’s photography and has the special power to make detectable what is hidden. Now more than ever, it’s a tool to break the hasty blindness that affects our species revealing what’s concealed behind  the curtain of routine.

I took this picture in Tbilisi. I was walking around and at a crossroad I saw an old soviet car passing by. I took a picture because of its squared nostalgic shape. Later, when I arrived at the hotel, I saw it on my laptop and just in that moment I noticed that there was in the windshield what looks like a bullet hole.