“Revogo” by André Liohn will be exhibited at the Festival Of Fotografia Etica in Lodi.
You can visit the exhibition together with the author on Saturday October 8th at 10.30 and on Sunday October 9th at 15.00.

In the 2016 CCSP-JP, a Mexican NGO, has published the ranking of the 50 most violent cities in the world. All but 8 of the 50 worst cities on the list are to be found in Latin America and 19 in Brazil. Numbers that make someone’s blood run cold, even if we only analyze Brazil where in the last year homicides have been 60.000. Police has killed an average of 6 persons everyday and violence has triplicated. Only Syria is worst while in the last three years, with 172.000 homicides, Brazil by itself has exceeded all the killed victims of 12 countries like Iraq, Sudan, Afghanistan, Colombia, Congo, Sri Lanka, India, Somalia, Nepal, Kashmir, Pakistan and Israel.
According to the “Map of violence: Homicide and youth in Brazil”, violence among the Brazilian youths has increased over the past three decades.Between 1980 and 2011, the violent deaths of young people – caused by accidents, homicide or suicide – grew by 207.9% and, if we consider only murders, this increase reaches 326.1%. It’s drug that has turned Brazilian favelas into an hell, with millions of human beings forced to live without sewers, hostage of an absent government or, even worse, accomplice of the gangs that compete for the huge drugs market. Everyday, very young affiliates of the gangs, as well as their relatives and friends, are involved in bloody revenges that cause deaths not only among civilians but also among the police that tries to contain the wave of violence that at this point looks unstoppable.
Simultaneously to what happens in the favelas, during last years Brazil has seen an increase of demonstrations by citizens tired out by the huge disruptions in public services and by the rise of taxes caused by the organization of big events like the Football World Cup and the Olympic Games; demonstrations that very often are suppressed by police with an excessive use of force.
“In Brazil the possibility of violent death is present in everybody’s life. At any moment, wherever you are, no matter how much money you have”. 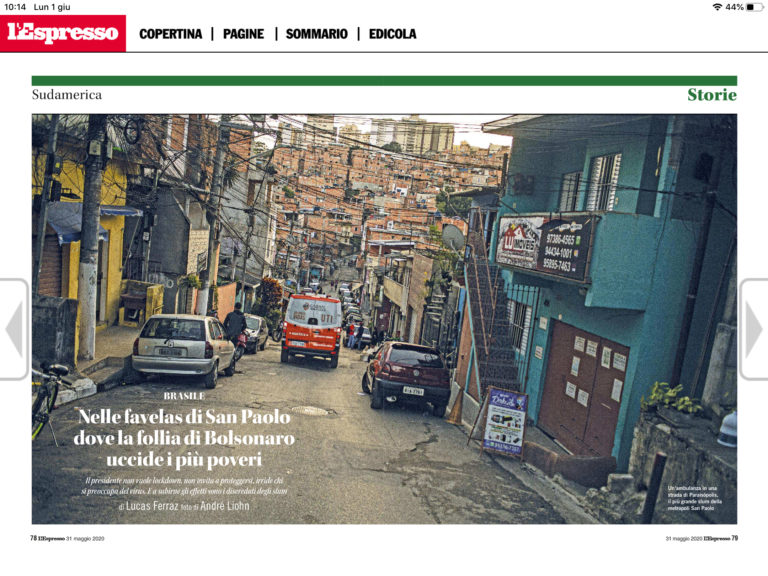 “Covid-19 in São Paulo” by André Liohn on L’Espresso 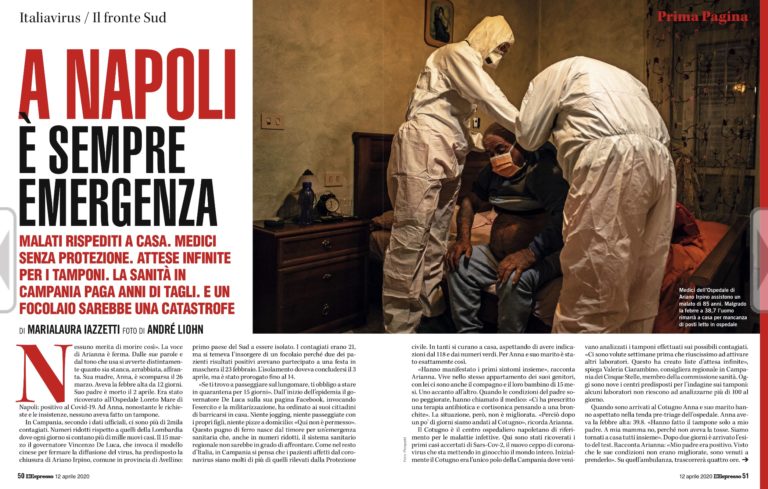 “Covid-19 in Ariano Irpino” by André Liohn on L’Espresso 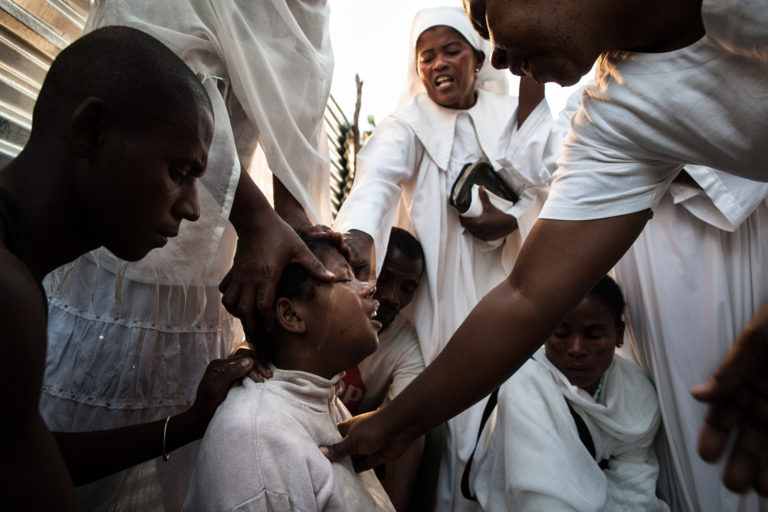