Tragedy in classical theory is supposed to inspire both pity and terror, but the daily horror and violence of world news often leave us struggling to produce those responses. No one can really feel on cue the emotions apparently required of us by a daily news stream of anniversaries of bombings and economies on the brink. But a hippo being shot with a tranquilizer dart in a flooded city street is another matter entirely.
Jonathan Jones

Late on 13 June 2015 heavy rainfalls hit Tbilisi and the nearby areas. When people woke up in the morning 19 people would be dead, many families made homeless, a zoo destroyed and a city in shock. A landslide was released above the village of Akhaldaba, about 20 km southwest of Tbilisi. The landslide, carrying 1 million m3 of land, mud, and trees, moved down into Tbilisi and dammed up the Vere river at two points, first at a 10m wide channel at Tamarashvili Street and then at a channel under Heroes’s Square, a major traffic hub.

The zoo lost more than 300 animals, nearly half of its inhabitants: the majority were killed by flooding. Several surviving inhabitants of the zoo—a hippopotamus, big cats, wolves, bears, and hyenas—escaped from destroyed pens and cages to the streets of Tbilisi and a police unit was employed to round them up. Some were killed, others were recaptured and brought back to the zoo. The media ran footage showing the hippopotamus making its way to flooded Heroes’ Square, one of Tbilisi’s major roadway hubs, where it was subdued with a tranquilizer dart. On 17 June a white tiger remaining on the loose attacked and mortally wounded a man in a storehouse near the zoo. The animal was eventually shot dead by the police. An African penguin was found at the Red Bridge border crossing with Azerbaijan, having swum some 60 km south from Tbilisi.

Many Georgians condemned the foreign media’s focus on the zoo and their indifference to the stories of the human victims. Catholicos Patriarch Ilia II, an influential head of the Georgian Orthodox Church, in his Sunday sermon, blamed the floods on the “sin” of the former Communist regime which, he said, built the zoo in its current location using money raised from destroying churches and melting down their bells. The causes of such a disaster, more realistically, can be found in the lack of water holding capacity along the rivers course due to deforestation, Soviet-era infrastructure, poor maintenance, weak planning controls and extensive and often illegal development that impacted the riverbed.

This project brought me to photograph the zoo and the animals that survived, the place where the new park will be built, the valley where Vere river flows, the spot where the landslide originated and some of the places where the topic of old infrastructures and of illegal residential development are more evident. Even if some years have passed and most of the consequences of the flood are no more visible, I have come across landscapes that suggest that some kind of catastrophe has just happened. Consequently I decided to create a narration that blends together a documentary account of the tragedy’s aftermath and a visual reflection on the present Georgian panorama.

The book “The Flood”, published by Void will be released in 2021. 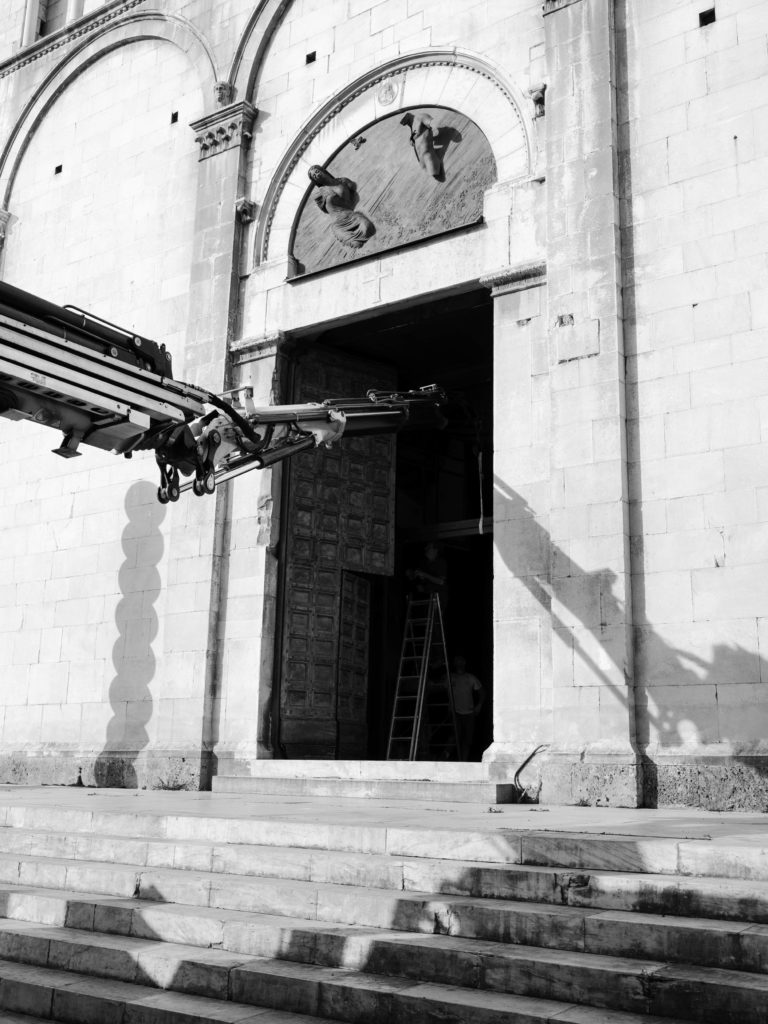